Home Sections #review Explain meditation to any person, with the book 10% Happier, from Dan... 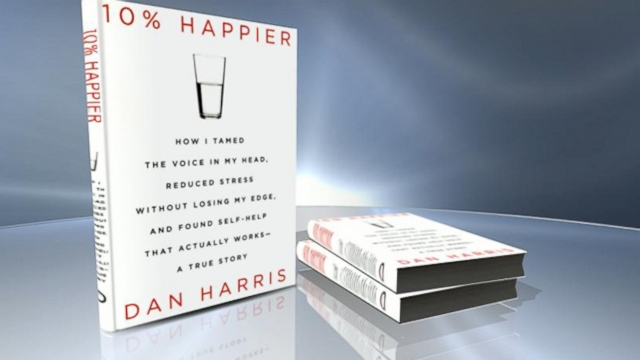 This book is a masterclass on how to explain the value of meditation to even the greatest sceptic.  Popular ABC newsreader, Dan Harris, walks us through his journey from self-destructiveness to self discovery, from extreme meditation doubter to zealous meditation advocate.

Superb writing and storytelling skills are a basic requirement for a journalist at his level, so it should be no surprise that the book is extremely well written. What did surprise me was how candid he was about his own personal weaknesses. We get to see his self awareness grow as he catches himself checking for  grey hairs in the mirror (once again), and playfully mocks his own ‘TV personality’ narcissism. He seems like fun.

But Harris did not come willingly to this path. He was dragged by circumstances. Suffering from undiagnosed PTSD (Post Traumatic Stress Disorder) after a long spell as a war correspondent, he resorted to drugs as a coping mechanism. But when he nearly blew up his dream career by freezing in front of millions of people, he only was forced to admit that his cocaine habit had gotten out of hand. So he sought help, and on the advice of a wise psychologist learned mindfulness meditation.

He describes, amusingly, his response to reading Ekhardt Tolle’s ‘The Power of Now’. He was at once incredulous and fascinated, once moment utterly sceptical, and the next transfixed by the simple truth of what he was reading and the effect that contemplating this had on his state of mind.

Too curious to leave this alone, he decided to get answers by interviewing several of the most prominent meditation teachers in the world. Not something you or I would have ready access to. So he created a series for ABC and interviewed many popular figures about meditation, including Eckhart Tolle, Deepak Chopra and the Dalai Lama. His impressions were both insightful and hilarious.

So he embarked on his personal meditation journey, studying mindfulness, attending retreats and eventually writing his own book and launching a meditation training program of his own to help popularize meditation.

As a pracaraka, I’ve found this book tremendously valuable. It taught me a lot about how to communicate, in simple, jargon free, assumption free, language the power and beauty of meditation. Check out this 4 minute video of Dan Harris and you’ll see what I mean:

This is the best general explanation of meditation or the lay person I’ve heard in under five minutes. Watch it if you want to know what to say next time someone asks you why they should meditate.

Dada Nabhaniilananda is a meditation instructor, a yoga monk, a keynote speaker, author and musician. Dada has appeared on stage with the Dalai Lama, taught or performed in more than 40 countries and has spoken for TEDx, NVIDIA, Google, CISCO, Lam Research Intel and Facebook. Born in New Zealand, he became an acarya in 1979 and is now assigned as the Dharma Pracar Secretary for Ananda Marga, NY Sector. 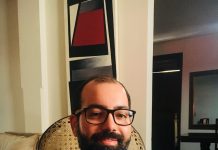 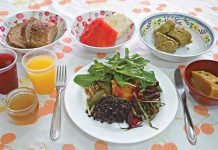