Home Sections #pracarakachef Iasodara’s coconut Panna Cotta, from the pracaraka that grew up in Ananda...

Iasodara Ruiz-Tagle, better known as Iaso, was born in Bahia, the daughter of margii parents. When she was four years old, her family met Acarya Pavanananda Avadhuta and moved to Porto Alegre/RS, Brazil, where her mother, Supriya, went to work at the local Ananda Marga school. After that, Iaso, Supriya, Shiva (her brother) and Caetanya (her father) started living in the Ananda Daksina Master Unit, where Iaso remained until she was 19 years old. “It was the best childhood you can have,” she says.

In the master unit, Iaso grew up surrounded by children (there were eight in the same age group) and acaryas. Acarya Jagadevananda Avadhuta, for example, took care of her and her brother when their parents went to work. Dada made dinner and it was often on his lap that they slept until their parents arrived home late at night.

Thus Iaso’s relationship with Ananda Marga philosophy came naturally. Hitendra, her companion, says that she is a ”margii by culture”. She says she never searched for Baba because “my family brought him to me and I just felt good and safe near Him. I cannot imagine myself with another master.” When her friends saw photos of Baba in the house they thought he was her grandfather.

Her vacations were most often spent in retreats, in which she was reunited with her “retreat friends”. Together with her friends she played with the acaryas and set up camp in the hall to spend the night during the akhanda kiirtan. “It was all very light and fun, seen through the eyes of a child, “ she says.

Baba was present in the most everyday situations of her life. When she was afraid of cows and would run across the street along her friend Jaya, she repeated “Baba nam kevalam” to chase away her fear. Or when, after several consecutive days of intense nightmares, her mother drew an orange pratik wax on the wall next to her bed with wax chalk and that ended the nightmares immediately .

Like the philosophy, pracar also entered her life in a natural way. She began teaching yoga at 17, helping her mother in the Porto Alegre jagrti. In time, she took a liking to it, trained under some well-known teachers, and taught yoga for eight years. Then she began to study fashion and started her own company, the clothing brand Alecrim.

Her pracar work gathered force about five years ago when she moved to the Ananda Kiirtana master unit  in the Belmiro Braga/MG countryside and began to help organizing retreats. The project that inspired her most was Leve, a mini-retreat created by her and other margiis and directed toward people who have had little or no contact with Baba’s philosophy, passing on the content gradually and subtly.

The project had a successful first run. However, while it was in production, she and another margii in the organizing group discovered that they were pregnant. Helena (the daughter of Rainjanii and Gurucaran) and Nina (the daughter of Iaso and Hitendra) participated in the whole process inside the bellies of their mothers. “Now with the babies a little older, I already feel like thinking about the next Leve,” she says. With the birth of Nina, Iaso continued the cycle started by her parents, forming another Ananda Marga family.

More recently, Iaso has been invited to participate in the Dharma for all Journal, where she is responsible for graphic design. In addition, she hopes to start new projects in Botucatu, where her family has moved recently. And in the midst of all this, she continues one of the strongest aspects of her pracar work: cooking.

According to Iaso, cooking has been “my great passion since the days when I made dirt cakes with flowers,” she says. By the age of nine, she was already cooking, surrounded by the Indian seasonings of the acaryas of Ananda Marga. Nowadays there are over fifty seasonings over her stove. Iasodhara has fond memories of these childhood foods, when the retreat meals were made by the acaryas in giant pans. “There was no question of hiring a cook from outside; it was very inspiring,” she says.

Her mother gave courses in vegetarian cooking, and she was her helper until she herself started to give courses. A few years ago, she started a blog of sattvic recipes that should resume in the near future under the name www.comoflor.com. For Iaso, being a pracaraka is “having the sensitivity to understand others and adapting so as to get the message across. It is to find the similarities in others and bring them closer. The closer they feel, the more open their mind will be to receive new ideas. “

And so she brings us closer to her world with a special recipe. Check it out!

the seeds from 1 cardamom pod

Banana of your choice

In a pan, combine the coconut milk with the sugar, the spices and the agar agar. Once it is boiling, keep heating it for another 30 seconds, stirring constantly. Remove from the heat and add the almond milk. Mix well, strain the liquid to remove the spices and put it in individual molds, a pudding pan or in transparent cups and refrigerate for two hours.

Tip: If you are going to remove the sweet, lightly grease the container with coconut oil.

At the time of serving, brown the banana slices in a non-stick frying pan or grill with a little coconut oil and sugar to make it slightly caramel.

Take out the panna cotta and serve along with the still-hot bananas. Garnish with coconut flakes and the cinnamon to taste.

Do you want to recommend someone for #pracarakachef? Write us at journal@d4all.org. 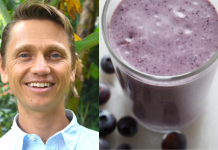 The anti-inflammatory recipe by Kaelash, yoga therapist, and teacher of the Living food lifestyle® 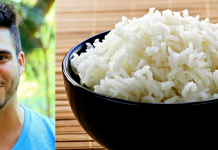 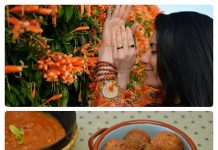