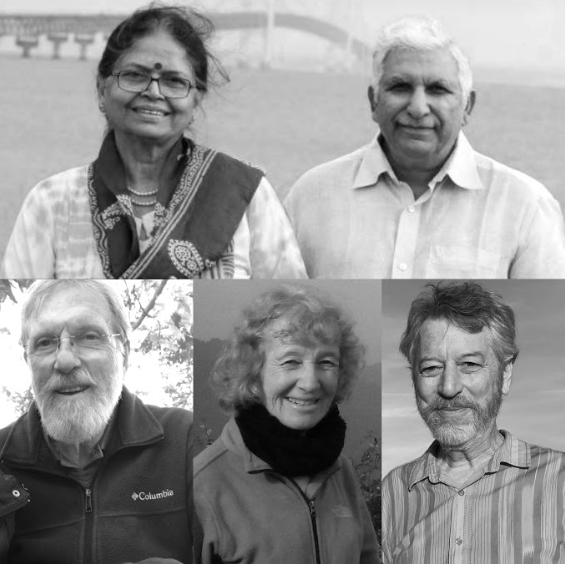 The sixth and final part of the “dharma pracar workers” is about the family acaryas or ghrii acaryas: people who not only devote themselves to family life and work but also serve Baba’s mission as acaryas and can initiate and give the six lessons of Ananda Marga sahaja yoga.

In January 1955 Pranay Kumar Chatterjee became the first family acarya, and in February of that same year, Baba formed five more: Chandranath Kumar, his wife Ram Pari Devi, Shishir Dutta, Shiva Shankar Bannerjee and Sukumar Bose. Until 1962, there were only family acaryas. From then to 1978, Baba devoted himself only to train wholetimers, resuming the training of family acaryas after that year.

Currently, the pracaraka, after demonstrating their work as tattvikas, is invited to join the family acarya training.

According to Ghrii Acarya Vishvamitra (Sid Jordan – NC, USA), with the decrease in the number of wholetimers and a large number of initiates, there is a need for family acaryas to individually support their spiritual development.

Vishvamitra retired at 55 and since then he has been able to devote all his time to working for Baba’s mission. He spent some years teaching yoga at the University of North Carolina. In Ashville, he helped develop the Ananda Girisuta Master Unit, which led him to participate in many dharma pracar activities. For spring break, he took young people to Ananda Kanan, the master unit in Missouri. “I think that’s what sparked my interest in becoming a family acarya,” says Vishvamitra. He and Ghrii Acarya Cirasmita (Joni Zweig) from Vermont, USA, were the first Western family acaryas. “This seems to be part of Baba’s plan for us, since Baba started Ananda Marga in India with family acaryas,” says Vishvamitra.

Vishvamitra advises anyone who wants to work as a family acarya to have a firm resolution because they will be tested. “Don’t let any obstacles discourage you,” he advises. In addition, a family acarya must have reached a point in their life that allows them time to do pracar.” Other factors that are also taken into account are having already worked hard on social service projects and having encouraged the formation of LFTs and acaryas.

Ghrii Acarya Dhyanesh (Peter Fleury, Texas, USA) summarizes: “We have two professions as a family acarya. One is with the big family and one with the small family, and both are very important. I have a duty to take care of my family and a duty to Baba to do His work.”

Dhyanesh is an architect and was already designing master unit models in college in the 1970s long before he met Ananda Marga. He reports feeling that at this time that someone was already training him. He was initiated a few years later, in 1980, and since 1985 he has been teaching yoga at the University of Texas at Austin. Since then, thousands of students have gone through his classes. In 2010, he became a family acarya.

He teaches his audience about the guru in a very unique way: “We all have a guru within us, always watching us, always guiding us, so our intuitive practices are in tune with our most beloved. It’s a loving presence, the guru within, a higher consciousness in the intuitive layers of the mind. It is a big mistake to think that the guru is the physical form. The guru is not the physical form; it is the layer of divine consciousness within us all and we are within it as well. So this is what we must do to get close to him, and this is the way I teach about the guru. The guru came in the physical form of Krsna, Christ, Buddha, Shiva. The most important thing is inside, and my experience is that the soul is already in love with this inner being, this loving presence, but our mind is messy and full of dirt, busy and externalized with so many distractions, the past, samskaras and vrttis.”

Dhyanesh further adds: “We face conflicts every day and they will always exist. You need to have the proper attitude. When I do sadhana, I clear my mind and direct it, and when I serve my family, I am serving Baba in the form of my family and this is the proper attitude for all people. We cannot hate even people who are horrible. They also have that essence within them. The enemy is the behavior, the negative propensities, instincts that make us mean and fearful and filled with hate. This is the conflict of life, and we must be beyond that., We still have to get up, we still have to fight inside and outside, but not against the person, not against his essence. Actually, I like to call it ‘dramady’ because it’s comedy and drama. We have to stay light; our hearts need to be light and calm because it’s so easy to be sad.”

One of the rules for family acaryas is to be married and have children, but Ghrii Acarya Malati (England) is an exception. The only difference between her life and that of a full-time worker is that she keeps in touch with your parents, currently caring for them in their old age. Malati also helps raise funds and find volunteers for the didis and she raises funds for orphanages and schools in India. Lately, she has been doing this from Portugal, where she also works at the master unit Ananda Kalyani and collaborates with Amurt’s sponsorship program.

“I lived in the central office in Kolkata for twenty years. My life is much more like a sannyasi’s than a family person’s. After being an LFT and working with Avadhutika Ananda Mitra Acarya from 1983 to 1991, I was a purna kali bandhu.* Then I became tattvika in 1995 and a family acarya in 2010.”

Ghrii Acarya Kishan Sood (India) is the oldest family acarya among the interviewees, as he was initiated in 1966 and became an acarya in 1980. He is married to Ghrii Acarya Prabha Sood.

In 1978, when Baba was released from the jail, he spent some time recovering in Patna. Kishan recalls that he spent forty-five days with the guru, translating his texts, giving massages and applying compresses to improve Baba’s eyesight. At the end of that period, “Baba asked his secretary to call me for family acarya training,” but 1978 passed, and so did 1979, and because of his work, he couldn’t go to training. Then in 1980 Acarya Tapeshvarananda Avadhuta visited him bringing a message from Baba to go to acarya training immediately. “It took me seven days to leave and arrive in Calcutta. When I arrived, I told the secretary that I had arrived, and for the first three days Baba was quite annoyed that some work had not been done by the monks and people were afraid to ask Baba anything. I was worried because I only had seven days and the third day was over.” So that day, he got Baba’s secretary to ask him, though reluctantly, and Baba answered without even listening to the whole question, “I already said that he must be an acarya.” That day, he was asked to write the acarya diary and in two days the training was over. “I asked to do sastaunga pranam for Baba and so I became family acarya. I returned on the seventh day for my work. No exam, just fun. With Baba life is just fun, full of fun.

“Everything that happens in our lives is predetermined. As and anandamargii I came to the conclusion that everything happens because of Him, because of His desire, because of His love for us. Somehow we are led to think that we are doing things, and we are not doing anything. In fact, He works through us. He sees through our eyes. He does everything. I’ve seen it happen in my life. I see it happening with my children’s lives too.”

Ghrii Acarya Prabha Sood met Ananda Marga at the age of twelve through her parents, devoted margiis, at a time when Baba was “young and full of energy.” Didi tells how close their relationship was with the guru and how they accepted Him as the omniscient and omnipresent entity, with no doubts: “I grew up with Baba. He was more than a member of my family. He charmed us. He was like a magnet.”

Didi Prabha devoted her life to Baba and He was physically present at various times. For her vocational training, as advised by Baba, she specialized in Hindi since it was her best performing subject and she had the opportunity to give many lectures. She used to write for the Ananda Marga magazine for a long time and she also wrote a text about Baba’s contribution in the field of linguistics. She became a family acarya in 2010, with her five children, all Margiis, grown up and well on their way in their work and personal life.

Didi says that when the children were young, she used to do sadhana with a baby on her lap. “Our sadhana was done by seeing Baba and hearing Him. Looking at Baba for hours and hours together. I don’t know if it’s right or wrong, but thinking about Baba has become sadhana for me. I understand the second lesson well. I give more importance to the second lesson. We have to remember the second lesson over and over. Whenever you are doing it, it becomes sadhana. Baba Himself is sadhana.”

Didi worked all her life for Ananda Marga. She helped build schools and orphanages, and throughout her journey, she and her husband have always been very close companions. “As Shiva and Shakti,” she comments. During these years “the body was always working, but the heart was in Baba twenty-four hours. So there is more efficiency and you can work with less effort.” When she was fourteen or fifteen years old, Didi heard Baba say, “Parama Purusa can do his work through anyone. He can write with any pen. The only thing is that if you don’t work, you will lose the opportunity of His touch.”

When Baba left His body, it was a very difficult time for Didi. One day Baba appeared to her mother. He used to visit them even after leaving the physical body. So He asked us not to suffer, because in Baba’s words:

*purna kali bhandu – PKB – a retired person who works as a volunteer for Baba’s mission. It does not need special training. 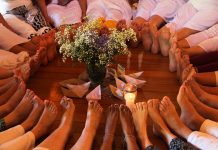