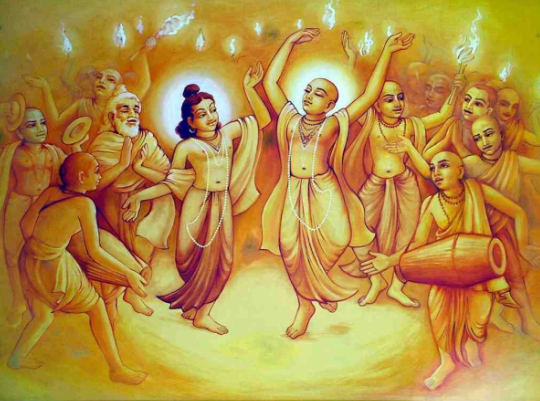 In Ananda Marga, when the subject is kiirtan, what usually comes to mind is the singing of Baba nam kevalam. However, there are different types of kiirtan, not only because the genre exists in other traditions – such as among the Hare Krishnas – but also because kiirtan can be performed in various ways. Did you know?

“There are nama kiirtan, pada kiirtan and katha kiirtan. Nama kiirtan means ‘singing the name of the Lord only’, as in Baba nam kevalam. This is the most popular kiirtan in the Western hemisphere. In the Indian region of Rahr, it is one of the most dynamic and developed genres of music since it was invented by Caitanya Mahaprabhu, in the 15th century,” explains Joyshna la Trobe, a prominent singer and songwriter of kiirtans and a PhD in ethnomusicology from the School of Oriental and African Studies in London, England.

Rahr, an area located in the Indian subcontinent, is where Jyoshna concentrated her studies. It is considered the cradle of kiirtan, and where Anandamurti discoursed on this legacy. In one of these discourses, he states that the origin of Vaishnavite padávalii (verses) and mahájaniiya kiirtanas originally took place in Rahr. “Pada means ‘verse’ in Rahr, though it was already a genre established before the time of Caetanya Mahaprabhu,” explains Jyoshna. She quotes the Giitagovinda, kiirtan written by Jayadeva in the 11th century, to exalt the love between Radha and Krishna and that pada kiirtan is also known as “kiirtan of the songs”. “They are written in praise of the Beloved, they can be in any language, and there are many examples of kiirtan songs in Christianity, for example, in the Hare Krishna movement, in Sufism, among others. In Ananda Marga, we have our own songs of kiirtan, composed by Baba in the Prabhat samgiita, as well as by margiis.”

Finally, there is katha kiirtan, in which “we hear stories of the divine, of Baba, of our spiritual path and our goal,” as Jyoshna tells us. In one of his speeches, Baba explains that in Sanskrit, “Katha” means “long history.” According to Jyoshna, in the case of katha kiirtan, it is a space to share experiences with the divine grace, blessings and achievements of the divine in everyday life, in a format in which each story is interspersed with a song or singing of kiirtan. “In my experience, everyone has a story to tell about how they got on the spiritual path,” he says.

In addition to the types of kiirtan considered by Jyoshna, the philosophy of Ananda Marga also defines other genres, related to the ways of singing kiirtan. According to the website HPMG Portugal (Hari Pari Mandala Gosthi – https://hpmg.anandamarga.pt), besides katha kiirtan, in Ananda Marga there is also: akhanda kiirtan, performed in a circle, counterclockwise, in 3 hours cycles (for example, in retreats it is usual to do three to four uninterrupted cycles during the late night, for a total of nine to twelve hours of kiirtan); the avartha kiirtan, made in the six directions (north, east, south, west, up and down), each direction having a specific intention (see below, after the text); and nagar kiirtan, made in public spaces (for example, walking the streets of a city), as a way of introducing kiirtan to a wider audience or to celebrate special occasions.

Jyoshna explains that the purpose of nama and pada kiirtan is “to remind us of the Supreme, living and breathing in each one of us, at all times and in all occasions.” She points out that kiirtan provides direct contact with Baba without intermediaries. “When a lover wants her or his Beloved, she calls His Name and feels comforted, feels ‘at home’, she knows that she is not alone, that no matter what happens, the Supreme is always with her”. Therefore, she affirms, “the divine presence is experienced through sound vibration, song, singin and stories. All these styles were empowered by the Sadguru and therefore called the siddha mantra of ‘power’.”

So, argues Jyoshna, “there is no time when kiirtan is not appropriate: kiirtan can be used at all times day or night. People tend to think of singing kiirtan when they feel connected, when they need help, or when they need to impress a sense of auspiciousness on an occasion.”

Avartha kiirtan: is done in 6 different directions. The Kiirtan melody changes with each change of direction, the 6 directions are: North, East, South, West, Up and Down. By singing Kiirtan in the six directions, the vibration of Baba Nam Kevalam spreads everywhere. The specific ideas of each direction are: 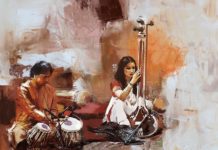 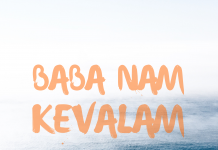 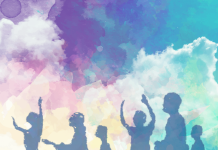 Kiirtan, the powerful music that inspires and uplifts