The fact that the fortune of every individual, not only of this earth, but of the entire cosmos, has been wreathed together, will have to be admitted one day by humanity. Spiritual aspirants have to fetch that auspicious moment sooner by their pauseless effort, service and propagation of the great ideology. This alone is the supreme task for the present humanity.(*)

With the establishment of the new organization, Baba began encouraging his disciples to actively propagate his teachings. He had named the organization Ananda Marga Pracaraka Samgha, or AMPS, the society for the propagation of Ananda Marga, using the Sanskrit word prachar. 2 As the name of the organization implied, prachar quickly became its main activity. The one restriction was that the master’s name or whereabouts could not be disclosed to new initiates until they were given permission to meet him for the 4rst time. *e disciples quickly printed up a couple of small pamphlets to help them with their prachar e3orts. One contained the ten principles of yama and niyama; the other introduced the organization and some of its basic tenets. An excerpt from the text of the second lea6et shows their enthusiastic acceptance of Baba’s early teachings:

We are against man-made, divisive tendencies of all sorts. We firmly believe that all living beings are the children of the Supreme Lord. No one is superior or inferior to anyone else. We belong to one human family irrespective of our country, religion, color and community. All are brothers and sisters and there is one dharma for all human beings. We are against religious hypocrisy and religious exploitation of all types. We have no faith in so-called “guru-dom,” “Christ-dom,” or the philosophy of divine incarnation. We are against religious dogmas such as animals slaughtered in the name of religion, tyranny over innocents, idol worship, and hereditary authority in religion. We are dead against social, psychic and religious superstitions and dogmas of all types. To strengthen the foundation of unity we have to bring humans closer together. (…)

Part of the book Anandamurti, The Jamalpur Years, from Devashish (Donald Acosta) 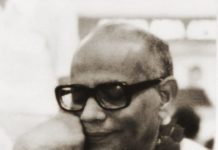 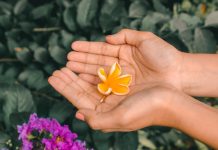 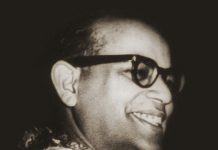