Home Sections #dharmapracar Neohumanism in practice: the exemplary work of the nurseries coordinated by Didi...

“What struck me when I arrived here was how calm the children and  teachers were compared to other nurseries where I have been in And the way these children are valued in all their capacities, including their ability to change the society, independently of the context in which they are living, “says Carmem Queiroz da Silva, pedagogical coordinator of CEI (Child Education Center) Children’s Home Ananda Marga.

Three CEIs and 1 CCA (Center for Children and Adolescents), 432 children, in socially vulnerable communities in the outskirts of São Paulo: it is in this intense and lively context that Carmen, Avadhutika Ananda Jaya Acarya and other 63 collaborators put their energy to take the ideology of Ananda Marga to society.

Didi Ananda Jaya, a Filipino that works in Brazil since 1998, coordinates these projects, which are part of Amurt in Brazil – Amurt is the department of Ananda Marga responsible for supporting communities in situations of social vulnerability. She says that 80 to 85% of human potential, intelligence and personality, develop between 0 and 7 years. “So Ananda Marga has a big responsibility with these children in order to form the basis for a neo-humanist society. Some people might think that because they come from a very poor background, they don’t connect with spirituality. But on the contrary. As a neo-humanist and proutist being, they deserve it just like anyone else.”

“My children like the daycare so much, they ask to go there, it’s like a second home for them,” says Cristiane Lucia da Silva Ferreira, a resident of Peri Alto. “The teachers give a lot of attention and freedom for children to express themselves, even when they haven’t learn how to speak yet,” she says, emphasizing the affection of the “aunties.”

The affection and closeness, even when giving limits to the children, is also highlighted by Amaradeva (Al Crisppinn). Since five years, he has shared yoga, music, theater and dance practices in all four projects. “I feel that I’m planting meditation seeds in the CCA,” he says with emotion. “I always keep the phrase of Baba” do all the good that you can…” in my heart and feel inspired to act also in a silent and subtle way, for example supporting the other teachers in more practical tasks like cleaning or whatever that is needed”.

Asanas, breathing exercises and visualization, massage and healthy lacto vegetarian food are also central strategies to do pracar, and are the most cited in the various reports already made by the media about our work. “Last year my son was in the nursery and told me about shantala (baby massage), he wanted me to do it to him when I bath him,” says Cristiane.

Another way were neo-humanism seems to inspire in the daily practice is their closeness in relationships. “The CIS relationship with the community is strong, the family is not only who is taking and picking the child to and from the nursery. Didi welcomes us anytime, we feel she’s there to help,” says Cristiane.

For Carmem, who has been working in education since 1982, but came into contact with AM philosophy only last year, Didi’s proximity, who acts as her manager, is something unheard of. “We feel comfortable even when we play with each other sometimes, Didi says  ‘you’re very agitated, I think you need to do more yoga,’” she laughs. “I have a lot to learn, and the way Didi values the ​​philosophy is so beautiful, it inspires me a lot.”

In this educational work that propagates the philosophy of Baba, along with so many rewards, there are also many challenges. For Amaradeva, most teachers still haven’t  incorporated in their personal lives what children are been taught, things like body awareness, time of self-care, and meditation. “There is also a lack of time and depth for a broader reflection on how they want to become neo-humanist teachers in their lives .”

“I feel that the Didis are very alone in leading the projects,” says Didi Jaya. She points out that “I would like to have more support from the margiis.” The financial aspect is also a challenge, also due to the differentiated methodology, which demands more expenses, not foreseen in the city budget, with which the projects are agreed upon. Finally, the association of the AM philosophy as a religious practice is already much smaller, but it still exists. According to our sources, city supervisors advise project professionals to use the term “body awareness” rather than the terms yoga or asanas.

To learn more about the impact of this work and the reality of the neighborhoods in which they occur, it is worth watching this video, made by the teachers themselves, with the support of Moksha Devi (Monika Misiowiec): https://youtu.be/yqaq-vZdo3Q 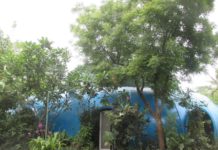 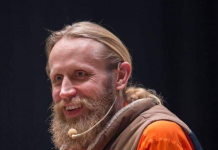 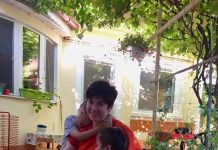