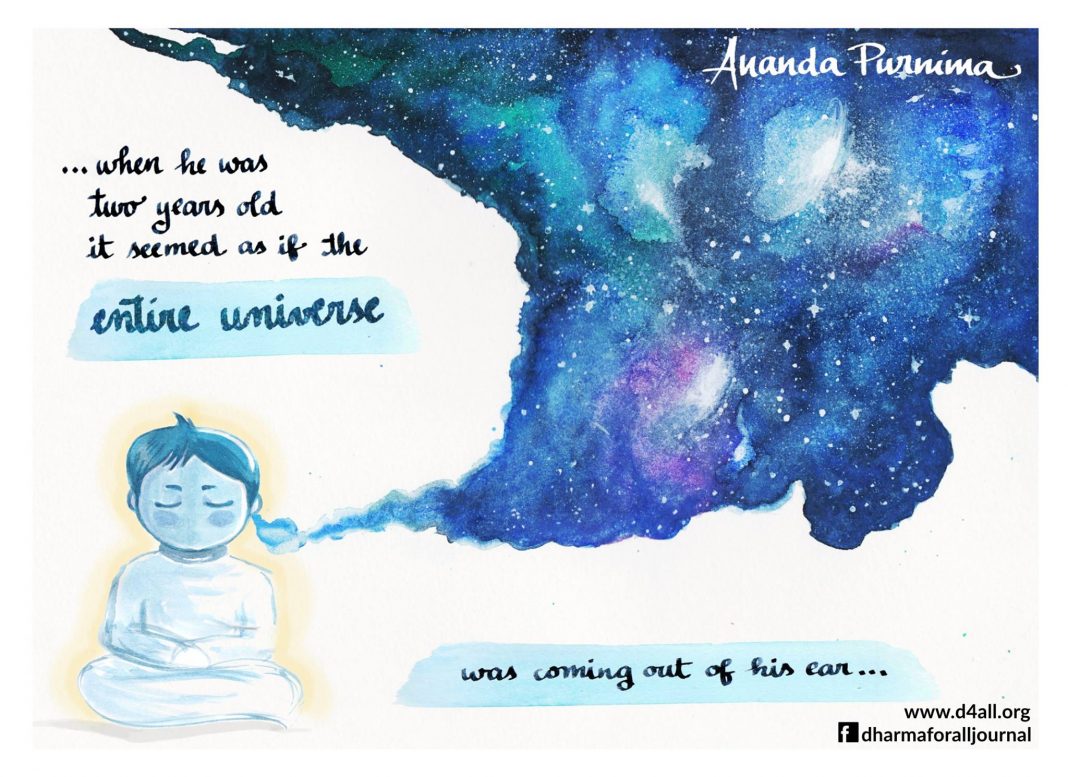 Late one night, when the two-year-old Prabhat was sleeping by his mother’s side, he woke up to find the space around him filled with a sweet and soothing effulgence. A sense of rapture carried him away until he lost all sense of where he was. A few nights later, he woke up again and saw a multiple of different creatures streaming out of his left ear. The fascinated boy sat up on the bed and watched as they danced about the room. But when they crowled next to his other ear and started entering back in, it seemed so fearsome that he gave a shout and grabbed hold of his mother. As she rubbed her confused and sleepy eyes, he began describing the host of creatures he had witnessed coming out of his ear: reptiles, mammals, birds, insects, human beings. Abharani consoled him that it was only a dream and told him to go back to sleep. But the same dream repeated itself over and over again in the days and weeks that followed. Sometimes the boy would wake his mother up and warn her to beware of the creatures, as if he were still seeing them dancing around him in the room.

Abharani marveled all the scope of her son’s overactive imagination. She wondered if the child might have been seen pictures of those creatures, though there was no such book in the house. At other times, he would see stars, planets, and galaxies streaming out of his ear instead of living creatures. As the dreams continued, they gave her cause for concern. Sometimes she would complain to her husband and other relatives and friends that her boy was a weakling who was frightened by nightmares; at other times, she would joke with them that it seemed like the whole universe was coming out of one ear and into the other. But as time went on, she started searching for other explanations. She even took him to several Tantrics to see if they could use their occult arts to tell her what was going on with her son, but none of their explanations were enough to satisfy her.

Extracted from the book Anandamurti The Jamalpaur Years by Devashish 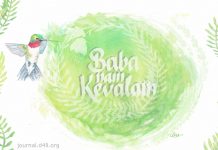 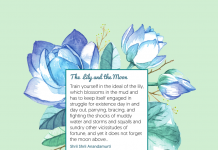 The Lily and the Moon

The Lily and the Moon