Home Sections #editorial DMS in Brazil: What Happened There Affects Us All 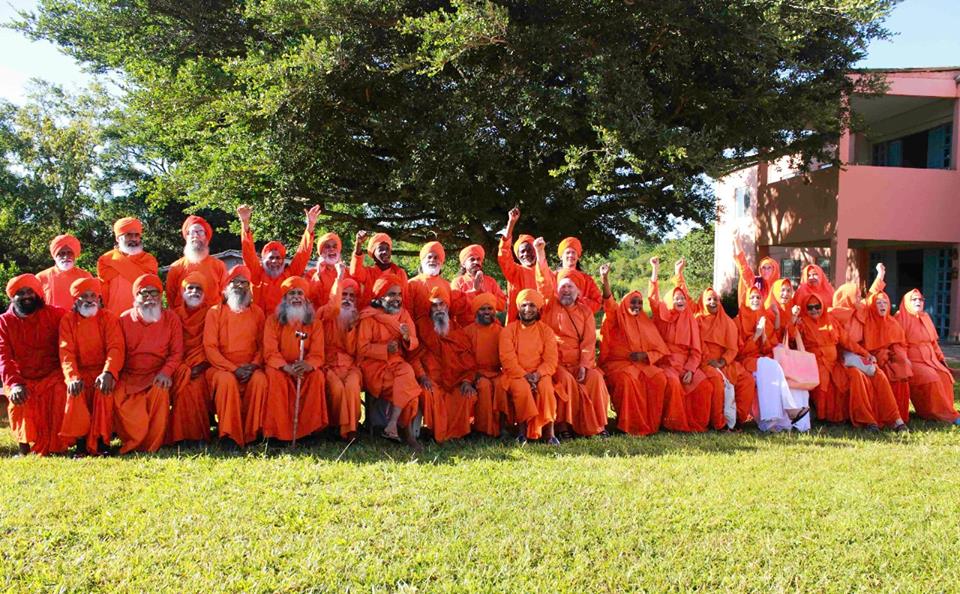 The Dharma Maha Sammelan (DMS) in Brazil generated a lot of expectation, not only in Georgetown sector but around the world. This was because the margiis in Brazil are united, unlike in other countries, and, as a result, the different tendencies of Ananda Marga are working together.

This stance induced the leaders of the different central offices in India to attend, being enthusiastic to experience this long-desired unification. In other words, the aim was to return to the practical base of our mission: universalism. Thus, this DMS was thought to be a great celebration of this movement, already consolidated in Brazil for years.

The preparation of an event of this size required months of work. However, a serious conflict brought frustration despite all the energy invested. Once the acaryas from different countries arrived, one of those tendencies that compose the current political scene in Ananda Marga (whose name we chose not to highlight here), began to insist on conducting an exclusive DMS.

We from D4All – Dharma for all believe that this attitude shows the current reality of Ananda Marga worldwide, giving us an idea of ​​how far we still are from achieving this much-desired unification. At the same time, while this was apparently frustrating, it unleashed an inspiring collective response that showed us how important everyone’s effort is if this unification is going to happen.

The retreat, in fact, generated a climate that we can call “tantric”: non-stop kiirtan, political debates, mediation between the different tendencies and daily schedule changes. A large gathering of women was organized (which should culminate in a retreat in the future), and a movement for coordinated cooperation emerged (one of the pillars of Baba’s social philosophy). The retreat thus became a great drama, such as those Baba created when he was still in his physical body.

In these circumstances, the collective efforts of the margiis and acaryas of Georgetown Sector proved essential to prevent the DMS, which was originally focused on union, from becoming a biased, single-group event. If this had happened, it would have undermined the work that has been going on in Brazil.

Understanding this risk, there was a mobilization not to allow that division to take root in our country, a division that Dharma for all believes to be created by geo-sentiment (one of the impediments to universalism, according to Baba). The meetings in which margiis and acaryas fought to preserve the integrity of the initial planning of what, for us, was intended to be a true universal DMS, were indeed moving.

This fertile process culminated in the manifesto of a movement called “One Ananda Marga,” which calls for the union of margiis of different administrations throughout the world. The reading of this document at the end of the retreat generated a great stir in all those present and got an ovation. We felt that the heart of every devotee had been touched, so as not to allow disunity, separation or the legitimation of any process that is contrary to neo-humanism and universalism, which sustain our spiritual practices.

We invite everyone to check out the contents of the manifesto and to share and enjoy the movement’s Facebook page: One Ananda Marga

This is the invitation that we at Dharma for all extend to all of you.

The following acaryas and tattvikas participated in the DMS (52 in total, 7 sectors, 14 didis and 38 dadas). If you notice any missing names, please write them in the comments section.

In alphabetical order:
(a) From outside Brazil

(b) And from Brazil

Celebrate, be grateful and feel your connection with the divine!

9th edition of the Journal, with more changes toward our common, unchanging goal, Parama Purusa

Issue #2 of the Dharma for all Journal’s digital magazine